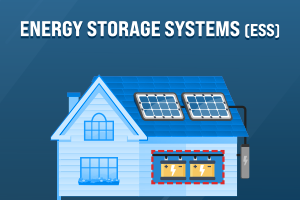 Do you have solar panels or photovoltaic modules installed on your home or business? Having energy storage systems helps increase your energy efficiency by storing energy for use during peak hours or during a power outage. Reduce Power Grid Dependency Solar panels generate energy, charge batteries, and sell extra power back to the grid Energy […] Use Backup Power Safely When used properly, portable and standby generators are a great option to provide backup power during brownouts or blackouts. Learn how to use generators safely with the following tips: Generators Location Always keep generators at least 20 feet away from your home Never operate a generator in an enclosed space Make sure the generator […] Protect Your Home When the Power Goes Out Power outages can lead to more than just your lights going out. Forcing sensitive electronics to shut down unexpectedly can result in data loss or damage to electrical systems. When power returns, a surge can damage TVs, appliances, and even heating and AC systems. Power outages can […] 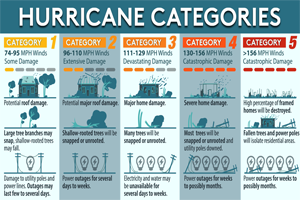 The Atlantic hurricane season is June to November, with the peak season from mid-August to late October. On average there are 6 hurricanes, three of which are categorized as “major,” each year. History provides important examples of the potentially dangerous impact hurricanes can have and the need to be prepared. The deadliest hurricane in U.S. […] Natural disasters leave thousands of consumers without power, and flooding associated with tropical storms and hurricanes often causes severe or permanent damage to electrical equipment. The Electrical Safety Foundation International is dedicated to educating the public on the importance of rebuilding and renovating safely after a storm to prevent injuries, deaths, and electrical fires.  Download and […] 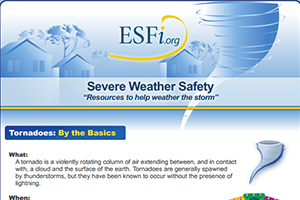 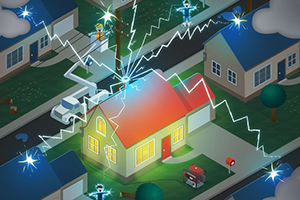 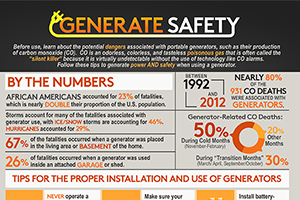 Flooding can occur anywhere, but water and electricity don’t mix. Because electrical hazards may linger after flood waters recede, it’s important to take precautions before, during, and after flooding takes place. Know the Danger On average, more deaths occur due to flooding each year than from any other severe weather related hazard. In the past […] In the first quarter of 2017 alone, thunderstorms caused a record $5.7 billion in losses, and lightning kills and average of 30 people a year. Learn how to keep you, your family, and property safe from lightning. Lightning is Deadly An average of 22,600 fires were caused by lightning between 2007 and 2011 According to […]