What is Solar Power?
Quite literally, solar power is power or energy derived from sunlight. Sunlight can be directly utilized, converted in electrical energy, or converted into mechanical energy. Solar power is an important source of sustainable alternate energy.

Many homeowners find solar power advantageous for both its cost effectiveness and environmental friendliness. Before you decide to install a solar power system for your home, there are a number of important considerations:

If you generate your own electricity using a renewable energy source, like solar or wind energy, you may be able to sell your excess electricity to the utility company. Requirements vary by state and utility.

Like many other emerging technologies, wind power has become more mainstream in recent years. New technologies have decreased the cost of producing electricity from wind, and growth in wind power has been encouraged by the implementation of incentives for renewable energy products.

What is Wind Power?

The power of the wind is harnessed and transformed into electrical energy through the use of wind turbines. These turbines function very similarly to the childhood pinwheel toy: wind blows over the blades of the wheel creating lift and causing them to turn. The blades are connected to a shaft which is connected to and turns an electric generator, thus converting kinetic energy into electric energy.

Wind power can provide electricity in a variety of different situations. Large-scale operations are used to provide power for the utility electrical grid. Wind power systems can also provide a supplemental power source for grid-connected industrial, commercial, and residential locations. Stand-alone systems provide electricity for remote homes and businesses that are not serviced by the utility grid.

Now that residential wind power systems are readily available, more homeowners are considering an investment in this technology. Many see it as a method of insulating themselves from fluctuating electricity costs and also reducing their home’s carbon footprint. There are, however, a number of aspects to think about before deciding to install a wind power application for your home:

But what happens if there’s no wind?

For power grids that are dependent on wind, power outages will not occur in the event that the wind is not blowing. On a calm day, the turbines won’t be able to produce power, but electricity will still be available from other power sources. Conversely, wind turbines typically don’t produce electricity when wind speed exceeds a certain threshold, and have a device that prevents the blades from turning when the wind exceeds the limit of the turbine.

In large scale wind power operations, wind turbines are often grouped together into a single wind power plant, known as a wind farm, and generate bulk electrical power. Electricity from these turbines is fed into a utility grid and distributed to customers.

In 2010, wind turbines generated enough electricity to power about 8.7 million U.S. households for a year.

Electricity is a critical part of modern lives, but it is often taken for granted. How does the electricity you need to watch your TV or wash your clothes get to your home? It travels through the electrical grid, an interconnected network of generating plants, transmission lines, and transformers.

What is Smart Grid?

Smart Grid refers to an improved electricity delivery system that includes monitoring, analysis, control, and communications capabilities. These “smart” technologies allow utilities to deliver electricity to homeowners and businesses as efficiently and economically as possible.

Why do we need a “smarter” grid?

In many areas of the United States, the existing electrical grid is getting old and worn out. In addition, population growth in some areas has caused the entire transmission system to be over used and fragile. Smart Grid technologies can improve the reliability, security, and efficiency of the electrical grid. A “smarter” grid will also allow for better integration of emerging technologies like solar power systems and electric vehicle charging stations.

Smart grids provide a cost and energy efficient method for managing power on a large scale, but smart meters take that technology a step further, constantly monitoring and recording the amount of energy flowing to each specific customer. Unlike traditional meters that provide only one-way communication to the utility, smart meters allow for two way communication between the utility and the customer, providing valuable information to help customers better manage their energy use to save money and conserve energy.

Smart meters are provided and installed by your local utility company in place of their traditional meter. Check with your utility regarding their plans for smart meter upgrades.

Privacy – Instead of traditional one-way communication between the generation plant and the home or business, smart meters allow for two-way communication with the smart grid. Some are concerned that this type of communication, which involves the sharing of personal information including when you are home and what you are doing, is a violation of privacy.

Encryption– As with other wireless technologies, smart devices are potentially vulnerable to hacking and other cyber-attacks. Utility companies are taking steps to ensure the security of smart meter data through encryption and other cyber security measures, adapting security protocols developed for the banking and defense sectors.

Radio Frequency (RF) Exposure– Household electronic devices, such as cell phones, wireless routers, and smart meters, produce RF emissions. Extremely high levels of RF exposure can be harmful to your health. In the U.S., the Federal Communications Commission (FCC) regulates the amount of RF energy that electronic devices, including smart meters, are allowed to emit in order to protect public health. Properly installed and maintained wireless smart meters result in much smaller levels of RF exposure than other common household devices, particularly cell phones and microwaves.

Costs– Upgrading substations, lines, poles, meters, and communications systems, in addition to replacing aging equipment, is an expensive undertaking. Estimates for the deployment of Smart Grid technology in the U.S. range from $338 billion to $476 billion over the next 20 years. There is concern that these costs will ultimately be borne by the consumer.

Whether you have a traditional mechanical meter or a smart meter, you should not attempt to alter, service/repair or remove the meter. Installation and service should only be performed by utility company personnel or their approved contractors.
Keep the area around your meter and electrical panel clear for ease of access.

On February 17, 2009, President Obama signed the American Recovery and Reinvestment Act of 2009. This economic recovery package included $4.5 billion for activities to modernize the electric grid with smart grid technologies.

Within the next 4 years, approximately 65 million smart meters are expected to be installed across the country—that’s more than half of all U.S. households. 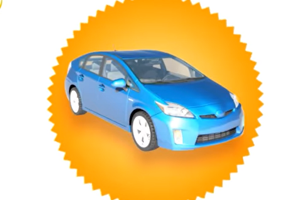